How to Reduce Energy Costs Associated with Winery Wastewater 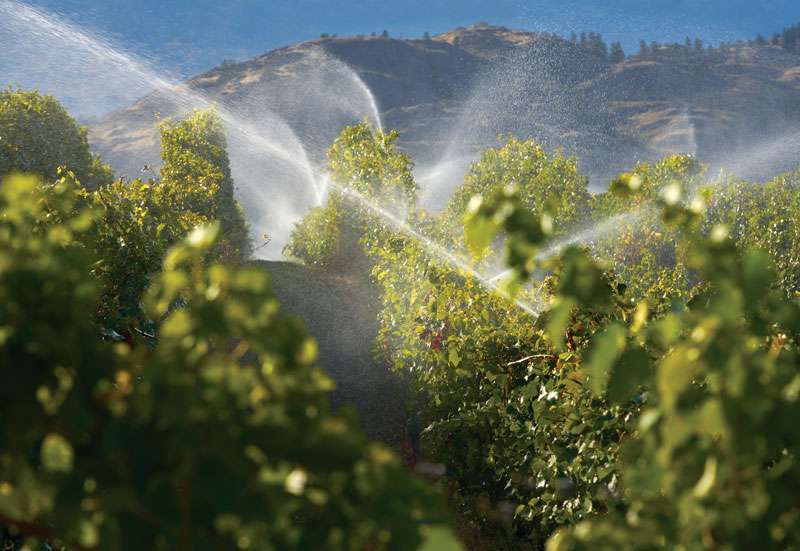 The recent energy crisis has increased our awareness of both energy use and power costs. While home power rates have increased, the cost of power for industrial users has increased even more. Comparing last years power cost with this years monthly billing will quickly show how much of an increase your winery has experienced. If the amount is significant and you and your staff would like to reduce this trend then this article is one aspect to reduce operating costs.

Typically wineries have wastewater ponds where the effluent is collected; smaller wineries sometimes use septic systems. The purpose of these ponds is to reduce the BOD (biological oxygen demand) and adjust the pH. The BOD discharge levels for wineries can approach 5,000 ppm, to 20,000 ppm for spills, pure wine or juice.  The high levels of BOD are directly attributed to the dissolved sugars.

The Regional Water Quality Control Board sets the limits and conditions of discharge. Usually they require a pH of 5-9, and a BOD level currently approaching levels below 200 ppm and sometimes as low as 30 ppm. Most wineries have state discharge permits, which are renewed every 5-7 years; upon renewal it is often for lower levels of BOD and TSS (total suspended solids).

This method commonly used to reduce the BOD levels in the ponds effluent utilizes floating aerators. The floating aerators satisfy the biological oxygen demand by mixing oxygen from the air into the ponds water. And while this is a known method of aeration it is not very efficient. The amount of oxygen transferred to the water is roughly 3%.

Another method of aeration is 5 times more efficient, it is known as fine bubble diffusers. This method utilizes a rotary blower designed to deliver high volumes of air at low pressures. Remember that only 20% of air is actually oxygen. The air is delivered to fine bubble diffusers that produce very small bubbles. The smaller the bubble the greater oxygen transfer. This directly means that if a winery is using (5) 10 hp floating aerators then the same aeration is provided by (1) 10 hp blower. So in effect the cost of the electric horsepower to operate the ponds has just decreased by 80%.

As wineries expand production, the loading to the ponds also increases. The amount of BOD to the ponds increases and the amount of aeration required increases proportionally. There are several means to increase the ponds reduction efficiency, making the ponds larger should not be the first option considered. This is in regards to considering the cost of the acreage taken up by the ponding system and the low level of efficiency resulting from aerating as large body of water.

Four Direct Means of Increasing the Performance of Wastewater Ponds

A Bio Reactor is a series of tanks or a vault where the effluent is highly aerated and pH adjusted, the effluent then flows to a clarifier where the bacteria settle. The settled bacteria are returned to the incoming high BOD stream. This influx of hungry bacteria results in rapid BOD reduction.

The reduced BOD wastewater can then flow to an irrigation pond for land application, or can be sent to an aesthetically pleasing pond that is an asset to the winery, surrounded by lawns, and trees with picnic benches to enjoy the local wine.

Another wastewater solution for wineries with fire retention ponds or tanks.

Aries Tek has developed a unique means of using your existing fire retention ponds or tanks as a means of also reducing winery wastewater effluent. In essence the retention required by the fire department can be winery effluent versus well water, the potential fire can be put out by either.

The possibility of getting dual usage out of a required fire retention system by also using it as a Bio Reactor the most efficient means of reducing the high BOD levels in winery effluent is exciting. This will enable both large and small wineries the ability to utilize and incorporate this technology at a significantly reduced cost. Often the cost of retaining the effluent in tanks or ponds is half of the system cost.

By converting the fire retention system to a Bio Reactor, reduced BOD loads can be sent to the existing wastewater system. This would reduce and eliminate the tell tale mall odors that effect ponds during crush, racking and bottling. The operating cost of the waste water systems will be reduced as some of the inefficient floating aerators can now be turned off. The reduced BOD effluent can then be used for irrigation or land application. These systems can be easily expanded with future growth or decreased allowable discharge levels.

Byron Winery started their new wine cellars with a septic system for their wastewater solution. And of course it promptly failed due to the heavy BOD loads during crush. The odors of the failed system would back up into the winery jeopardizing the barrel storage and detracting from the beautiful new facility. The short-term solution was to have a septic truck pump out the sump and haul the winery waste offsite for disposal. $19,000 later, this solution lost its appeal.

After consulting with Aries Tek about the optimum way to handle the winery wastewater, a simple solution was developed. The effluent is now pumped to an irrigation pond, where it is screened before entering the pond. The pond is aerated with a very efficient 3 lobe rotary blower, and fine bubble diffusers system. The system is performing as anticipated, during crush the pond did not smell and the water clarity also indicated the success of the design.